In April 2018, I was invited to participate in the TC “More than a refugee” organized by the NGO TOGEL in Turkey as the  leader of the Greek participating team, representing Alternative Innovative Development (AID), of which I am an active member.

The training program aimed in exploring the refugee crisis as it is being experienced in 9 different countries through national and cultural realities, different national policies, but also through the national attitudes about refugee and migratory flows in Europe – above all – today. The program included 9 countries: Turkey, Greece, Germany, Tunisia, Jordan, Spain, Portugal, fYROM, Slovakia.

The presence of all the groups had something valuable to offer. Yet the presence of the teams from Tunisia and Jordan was considered by us to be of major important as they brought the mentality of the Arabic world, but also data on the situation of the refugees from Africa, as these countries receive refugees from Libya and the sub-Saharian Africa (climate migration), alongside with refugees from Syria, Pakistan and Afghanistan (which are the majority of migratory populations in Europe)   .

The group’s experience from Germany was also very important, since there were 2 girls (second-generation immigrants) of Turkish and Palestinian origins. This gave us the opportunity to open large and substancial  discussions on Islam and the European Islamophobia, to break stereotypes and prejudices on both sides and to build bridges of dialogue and mutual understanding aiming to intercultural acceptance and cooperation.

The training program was divided in 3 types of workshops. Initially, each national team had prepared  two extensive presentations on the refugee issue in each country and the methods of coping with it by the governments, and a second one about the particularly sensitive group of women, children and unaccompanied minors. Some presentations, such as the turkish  and ours, were larger in duration as the two countries mentioned above,receive and host the largest number of refugees and migrants. However, valuable data was provided on the govermental policies and the national attitudes towards the sensitive issue of immigration and refugee issues.

The presentations did not consist only of demographic and statistical data but also video presentations and documentaries aiming at a holistic and comprehensive coverage of the current situation, with the aim of discovering and understanding the reality that refugees experience and not the beautification of the situation.

Also, we had some (basic level) experiential activities aimed mainly at “assuming the role of others” (role revershal) and experiencing the reality of these people. The basic level had mostly to do ith the increased difficulty of these methods for both the trainers and the participant, as psychodrama is a very sensitive tool.

The climax event was the visit of a Syrian family with their three children who willingly talked about the situation in Syria and the new life in Turkey, the parents’ desire for peace and returning back  home, but also the children’s dreams for a new and happy life, but one based on social solidarity.(The daughter wants to become a surgeon and theson a fireman.) The family stayed with us for dinner, where we were given the opportunity for more interaction with them. 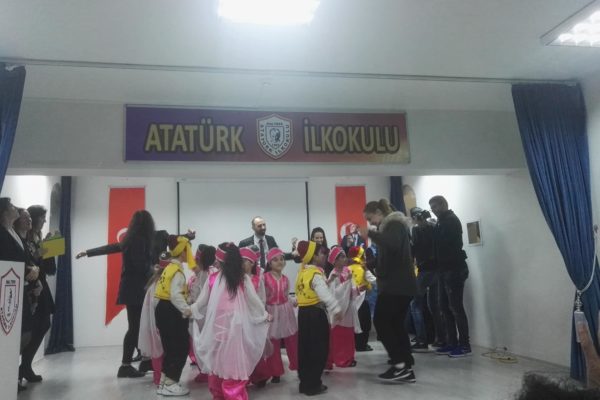 Visiting an elementary school , hosting refugees, in Maltepe area, was also a very important experience. Little Suleiman from the family we met is also a student in this school.  The children study in different classes so as their integration into the society of Constantinople will be facilitated, attend the school curriculum normally with the rest of the students, while also attend extra-language courses in Turkish. The school had prepared a music-dancing celebration for us, and the children told us that they were preparing hard for this and they were eager to meet us. It was a beautiful experience since we met and danced together before the small handmade branch that the teachers had prepared to thank us for the visit.

Finally, in the 3rd kind of workshops, we had the opportunity to create a poster and article aiming to raise awareness back in  our countries and also to design policies that the EU could use to improve the reception and integration of migrants and refugees into the big European family. Unfortunately, policymaking is mainly educational and theoretical, since through an Erasmus + program is it impossible to make political decisions that will be actually implemented. 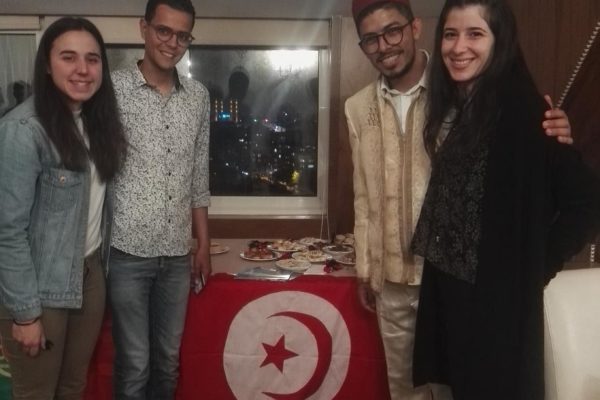 Our workshops, discussions and experiences have created a small yet comprehensive manual in electronic form, establishing the basis for further, deeper and even more significant exploration of the so important issue of immigrants and refugees in both Europe and the world.

Apart from the full-day educational program we had the opportunity to visit and enjoy the beautiful city of Istanbul, to visit Agia Sofia and Topkapi (the old Ottoman palace), the bazaars and the bustling streets. The project  was very well organized and in collaboration with the Maltepe local government, the hotel where it hosted was of high standards and the food was, of course, excellent.

We at AID believe that within the framework and philosophy of Erasmus +, the main objective is the intercultural cooperation of European young people and the strengthening of the European identity. So we had the opportunity to discuss the history and geography of Greece, both ancient and contemporary, our history and civilization, as well as the contribution of Greek culture and values to the modern European civilization.

During the program, we had the opportunity to speak about the work we do with AID, to meet new people, make friends, and lay the foundations for future collaborations and projects.

Every experience and program within Erasmus + is valuable and unique as this educational trip to Istanbul.

We continue to work more, enrich our knowledge and experience by looking forward to the next chance to participate in a project like “More than a refugee” TC.